Why did Gines Melendez accept offer from Armenia’s Football Federation? 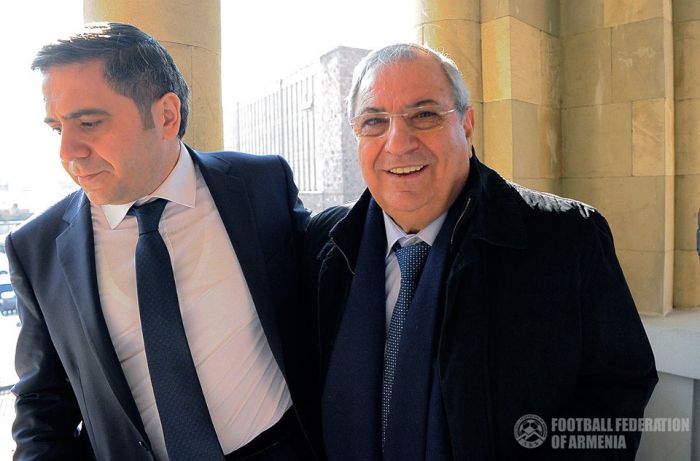 During a February 12 press conference, Technical Director of the Football Federation of Armenia Gines Melendez talked about why he had accepted the offer to work in Armenia. According to the Spanish specialist, First Vice-President of Armenia’s Football Federation, General Secretary Armen Melikbekyan made a great contribution to that, reports NEWS.am Sport’s correspondent.

“I could have kept working for Spain’s Football Federation for many years or go and work in another country in Europe since I had such opportunities. Some people were very surprised when they found out that I had decided to go to Armenia. This was all due to Mr. Melikbekyan. It was only because of him that I left my family and came to Armenia, but I love to take challenges. Henrikh Mkhitaryan’s mother, Marina had told me about Armenia’s football infrastructures. She also told me that there was a great football academy in Armenia and that I had to go. However, I couldn’t have even imagined that the conditions here would be so great. Now that I’m in Armenia, I’ll try to make sure Armenia sees the uplift of football in the years to come.

I don’t know how long I’ll be here, but I want to lay the foundations on which future Armenian coaches will continue. Of course, I also need the help of football clubs since the Federation is doing everything it can. If we all move in the same direction, I’m sure we will achieve success. Everyone simply has to understand the ideas that we want to introduce. My health can be the only reason for leaving Armenia.

After returning from Armenia, my assistant told me he hadn’t been received as well in any country as he was received in Armenia and that I had to accept the offer. We live at the Football Academy and step out only on Sundays. I invite everyone to come and see how we work,” Gines Melendez said.

The Spanish specialist has signed a one-year contract with Armenia’s Football Federation, with an opportunity to extend the contract for another year.

From 2011 to 2018, Gines Melendez was the technical director and coordinator of football teams of different age groups of the Football Federation of Spain. He has coached Xavi, Andres Iniesta, Iker Casillas, David Villa, Cesc Fabregas, Juan Mata, Gerard Pique, Isco and other football stars. Melendez is a member of the UEFA since 2008 and the technical instructor of FIFA since 2011.