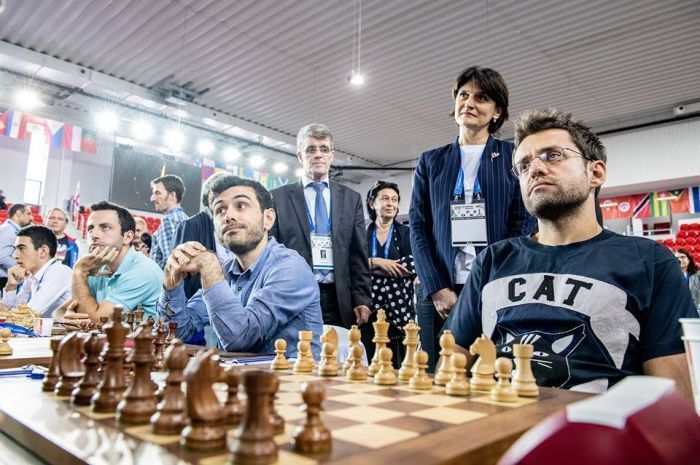 Men’s chess teams of Armenia was defeated in the 10th round of the 43rd FIDE Chess World Olympiad taking place in Batumi, Georgia.

The Armenian men’s team was competing against the team of the USA. Hayk Martirosyan. Levon Aronian, Gabriel Sargsyan and Robert Hovhannisyan ended in a draw. Hrant Melkumyan was defeated.

The Olympiad will finish on October 11. The men’s team of Armenia has lost the chance to appear in the list of top 3.