Qarabag FK manager: It’s good for everyone that Mkhitaryan didn’t arrive in Baku 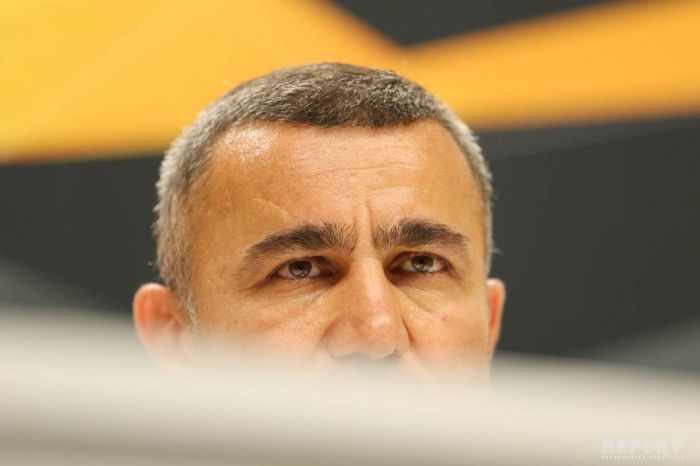 At the prematch press conference, Qarabag FK (Azerbaijan) manager Gurban Gurbanov reflected also on Henrikh Mkhitaryan’s absence in Qarabag’s UEFA Europa League group stage match at home against Arsenal.
Because of the Armenian-Azerbaijani conflict, the Armenia national football squad captain and Arsenal midfielder has not traveled to Azerbaijan’s capital city of Baku, with the rest of the Gunners’ squad.

“I don’t want to mix politics with sports, but sometimes it’s impossible,” Azeri Sport quoted the Qarabag head coach as saying. “They [Arsenal] want to manage without him [Mkhitaryan] and avoid discussions. Athletes have arrived here [in Azerbaijan] from that country [England].

“However, there are people in Azerbaijan who have lost relatives because of that conflict, and [therefore] it will be difficult to restrain emotions. If five to ten people ‘inflame,’ the crowd will also support them. It’s good for everyone that he didn’t arrive [in Azerbaijan].”

The Qarabag vs. Arsenal clash on Thursday is slated for kickoff at 8:55pm Armenia time.