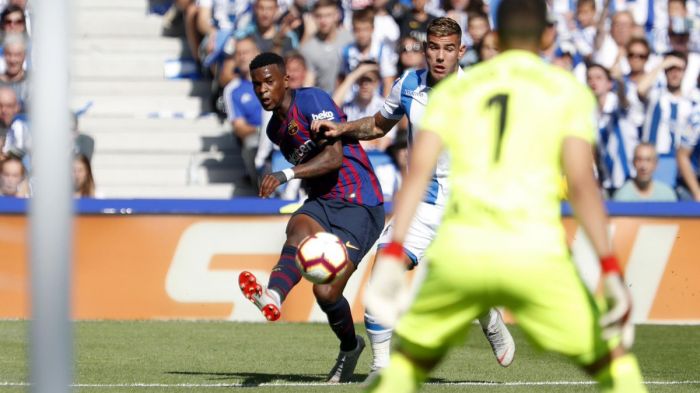 Barcelona rode their luck to come from behind and win 2-1 at Real Sociedad on Saturday, continuing to banish their awful record in San Sebastian and maintaining their perfect start to the La Liga season, Mirror reported.

The champions fell behind following a thumping shot from Aritz Elustondo in the 12th minute from a set piece.

They also survived a mini onslaught from the home side in the second half before Luis Suarez levelled in the 63rd with a scrappy goal and Ousmane Dembele gave them a barely deserved lead three minutes later.