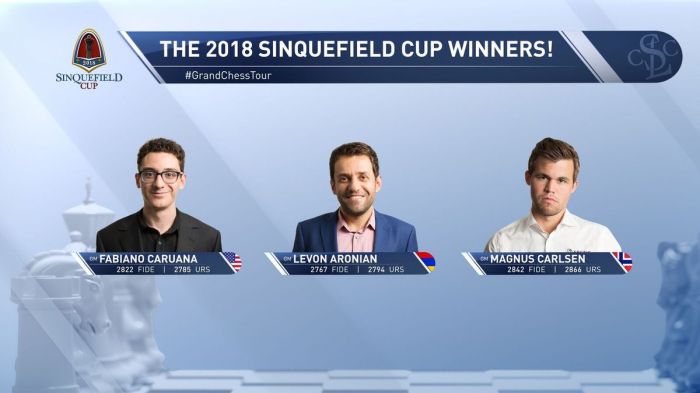 The 2018 Sinquefield Cup chess tournament, which was held in St. Louis, Missouri, USA, has had three winners.

Even though the winner in case of equal points was be determined by a tiebreak, the tournament organizers decided to cancel it and have three winners.

Sinquefield Cup is the final—fourth—leg of the Grand Chess Tour.