Pyunik Yerevan owner: This historic victory would not have been without fans 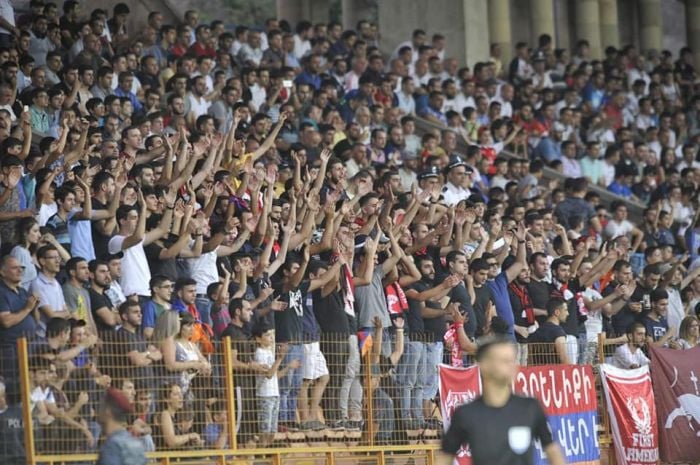 Artur Sogomonyan, the owner of FC Pyunik of Armenia’s capital city of Yerevan, reflected on this football club’s historic victory Tuesday against FC Tobol of Kazakhstan, in the return leg of the second qualifying round in UEFA Europa League.

“The 12th full player—in the face of our beloved fans—played yesterday as part of Pyunik,” Sogomonyan wrote, in part, on Facebook. “This historic victory would not have been without you [the fans].

“Together we can do many things.”

Pyunik defeated Tobol 1-0 in the Yerevan return leg of the second qualifying round in Europa League.

The aggregate was 2-2, but the Armenian club advanced to the next round on away goal.

No Armenian football club had ever passed the second qualifying round in Europa League.