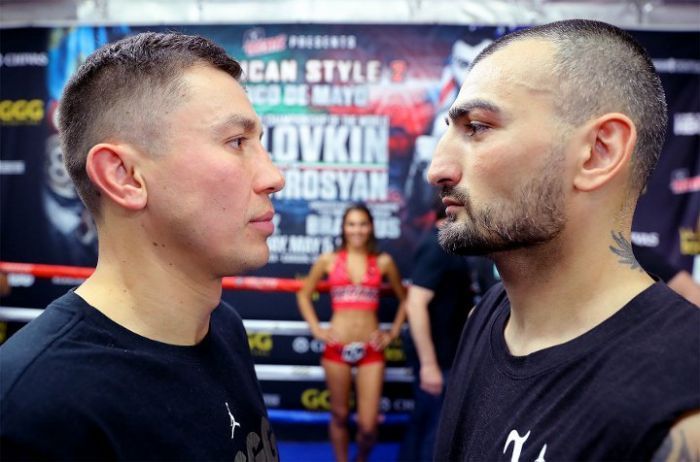 “Golovkin’s gonna taste my right hand and we’ll see what he does ‘cause I’ma get him with another right hand and I know he’s gonna keep coming forward, I’m not afraid to get hit, and we’ll see if he’s afraid...What I’ve seen is that nobody has had the guts to stand in front of him and to land punches on him. I’m the guy that’s gonna do that and it’s actually gonna answer a lot of questions about him also,” badlefthook reported quoting Martirosyan.

Armenian Vanes Martirosyan will face Golovkin on May 5 in Los Angeles at StubHub Center.