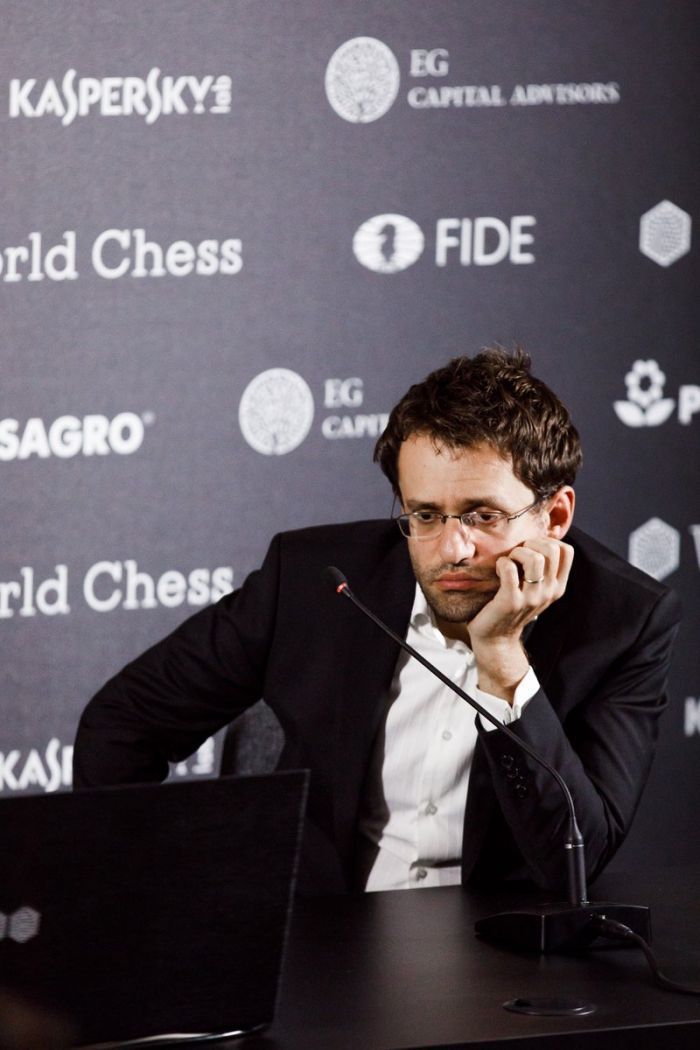 Armenia’s top chess player, Grandmaster (GM) Levon Aronian, lost to GM Sergey Karjakin (Russia) in Round 11 at the 2018 Candidates Tournament, in the German capital city of Berlin.
As a result, Aronian still has solely 3.5 points, and therefore he has lost the theoretical opportunity to win this tournament, three rounds before the end of this competition.
Current leader of the Candidates Tournament is GM Fabiano Caruana, who has garnered 7 points so far.
After 11 rounds, Aronian recorded one win, suffered five defeats, had five draws, and he stands at the bottom of the current standings.
The winner of the Candidates Tournament will be the challenger for the 2018 World Chess Championship against the reining champion, GM Magnus Carlsen (Norway), from November 9 to 28 in London.