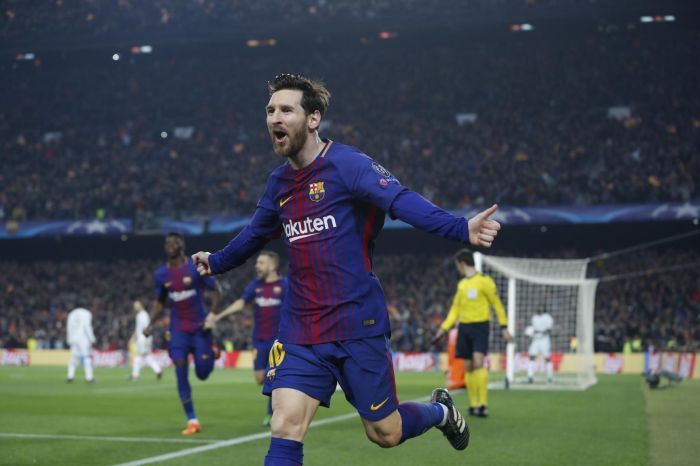 As a result of a poll that was conducted on the UEFA official website, Barcelona forward Lionel Messi has been named the Champions League Player of the Week.
After scoring two goals and making an assist in Barça’s Champions League round of 16 return leg win against Chelsea, the 30-year-old Argentine football star received 79 percent of the respective votes.
Wissam Ben Yedder (Sevilla), Thomas Müller (Bayern Munich), and Edin Džeko (Roma) were the other contenders.