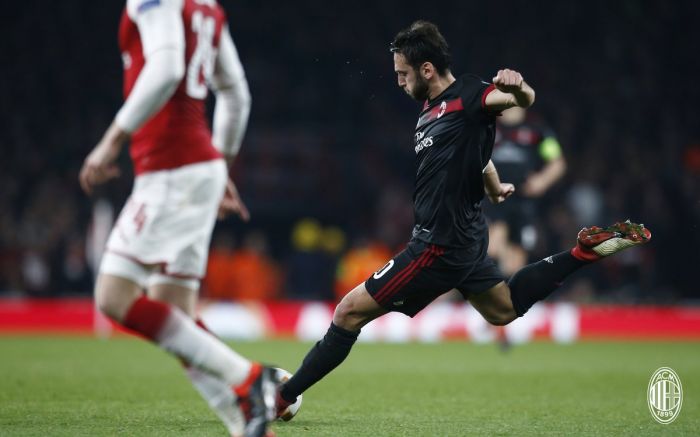 AC Milan's Hakan Calhanoglu said that referee Jonas Eriksson was Arsenal's "man of the match" after his side were bounced from the Europa League 5-1 on aggregate by the Gunners, ESPN reported.

After the match, Calhanoglu told Milan TV: "The referee was man of the match. I will never forget that.

"We played well and it's not easy to do that here. We scored and then conceded an incredible goal, it's not normal in the Europa League to see something like that.

"Ricardo Rodriguez didn't touch him, but for the referee it was a penalty anyway. I was fouled in the first leg and didn't let myself go like that.

"It's obvious that was the incident that changed the game. We reacted well even after their equaliser and had chances, but this is football."