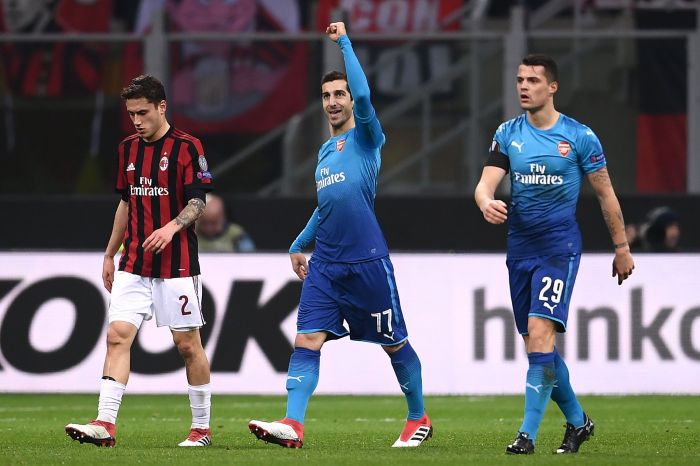 Opta presented the impressive rate of the midfielder of Arsenal and Armenian national team Henrikh Mkhitaryan in the European League.

The 29-year-old football player leads the list of midfielders by the number of effective actions in the second most important club tournament in Europe - 15 points (9 goals, 6 assists). The figures are taken into account since 2015/2016.

As reported earlier, Henrikh Mkhitaryan scored his first goal for Arsenal in the match against Milan. Arsenal defeated Milan 2-0. 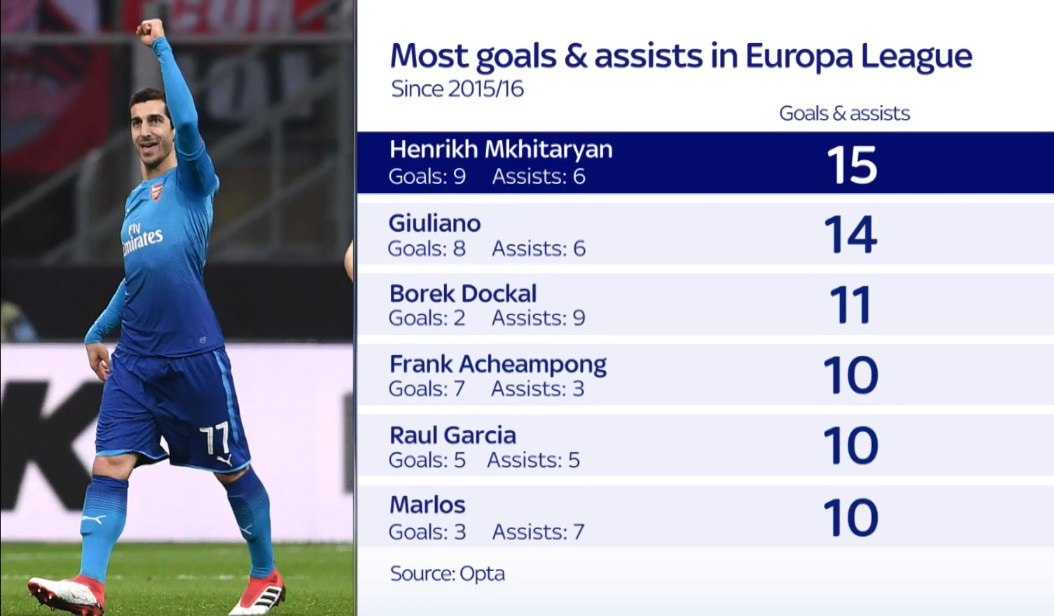