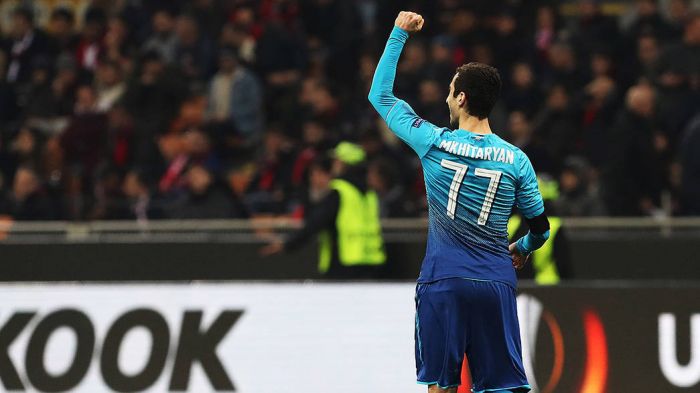 Arsenal midfielder Henrikh Mkhitaryan commented on his first goal for Arsenal in the game against  Milan, Arsenal press service reported.

“We played very well in the first half. I think we were not very focused in the second half and that’s why we couldn’t find our best game but the most important thing is that we have a two-goal lead and a very good result and performance.

It was very important that we didn’t concede a goal and we scored two in an away game. Now we have to be ready for the next game against Watford and then again, against Milan. Now we know that it won’t be easy in the second leg but we are going to give everything to go through.

The atmosphere was great and I think every player likes to play in this kind of stadium and atmosphere. We didn’t pay attention to that, but we were thankful that our fans had travelled from London and all over the world to support us.

Of course I am very pleased, it was my first goal for Arsenal and I am very happy. But I have to keep doing the same now,” said Mkhitaryan.