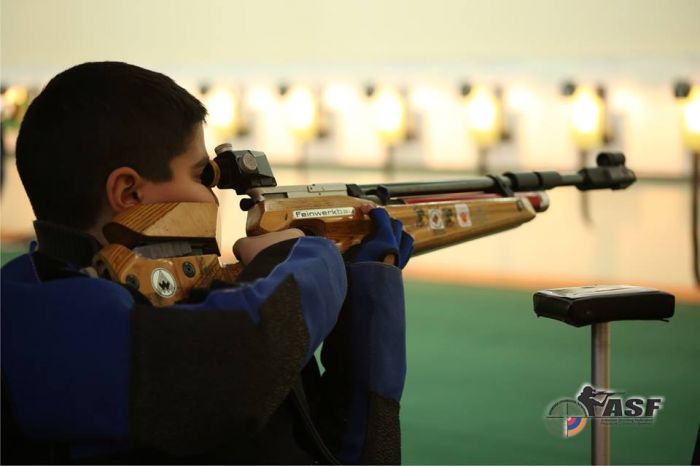 Shooter Hayk Babayan (Armenia) has qualified for the 2018 Youth Olympic Games.
Babayan achieved this feat by placing 5th in the 10m air rifle (60 shots) in the Men’s Youth competition at the 2018 European Championship being held in Hungary, informed the press service of the Armenian Shooting Federation.
As reported earlier, Yulia Vodopyanova, a member of the Armenian national artistic gymnastics’ team, also has qualified for the 2018 Youth Olympic Games that will be hosted by the Argentine capital city of Buenos Aires, from October 6 to 18.