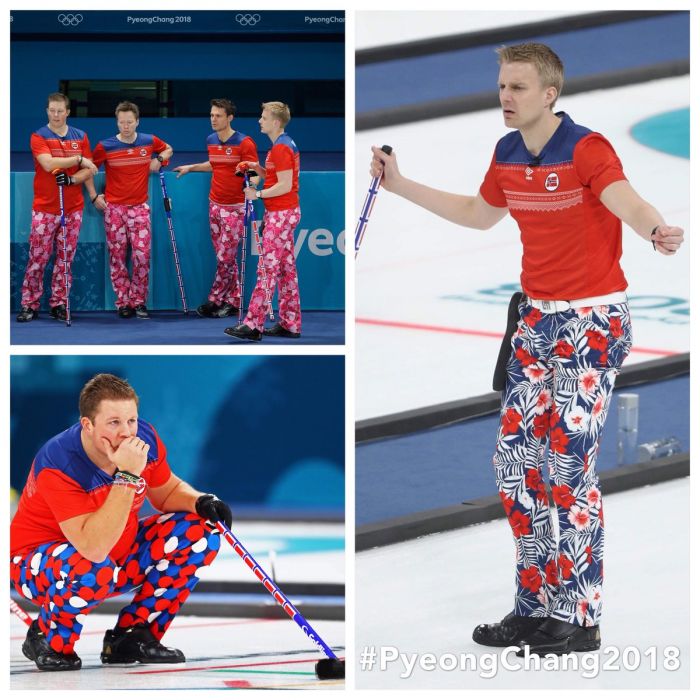 Like in the previous two winter Olympic Games, the Norwegian men’s curling team are wearing “original” attires also at the current 2018 Winter Olympics in Pyeongchang, South Korea.
At PyeongChang 2018, the Norwegian curlers’ pants differ from the rest of their opponents.
The Norwegian squad started this pant “campaign” at Vancouver 2010 in Canada, and they repeated it at Sochi 2014 in Russia. 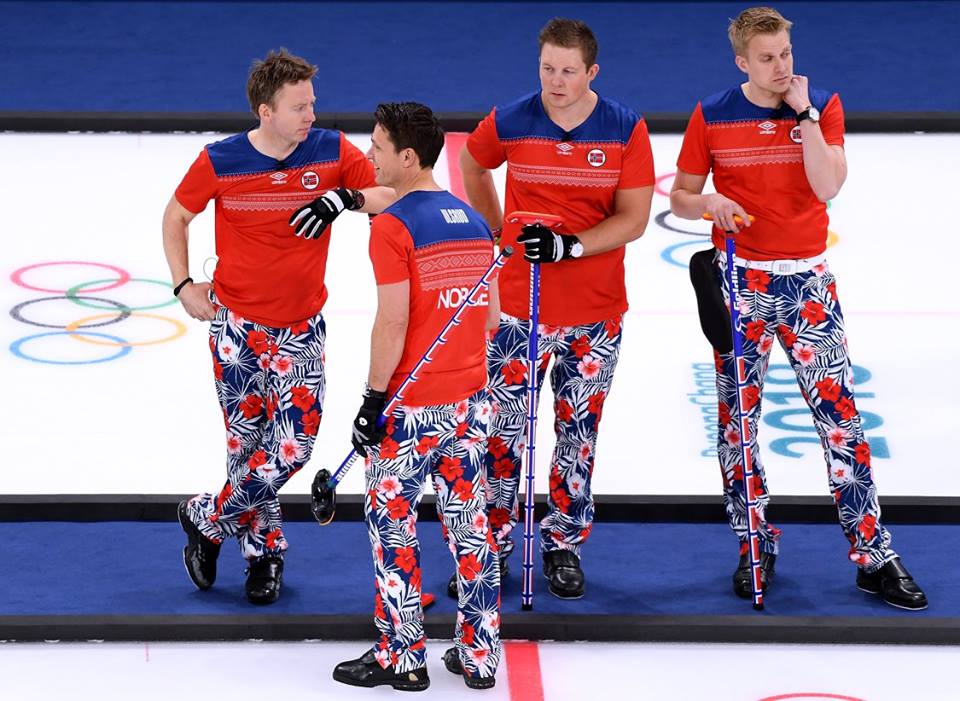 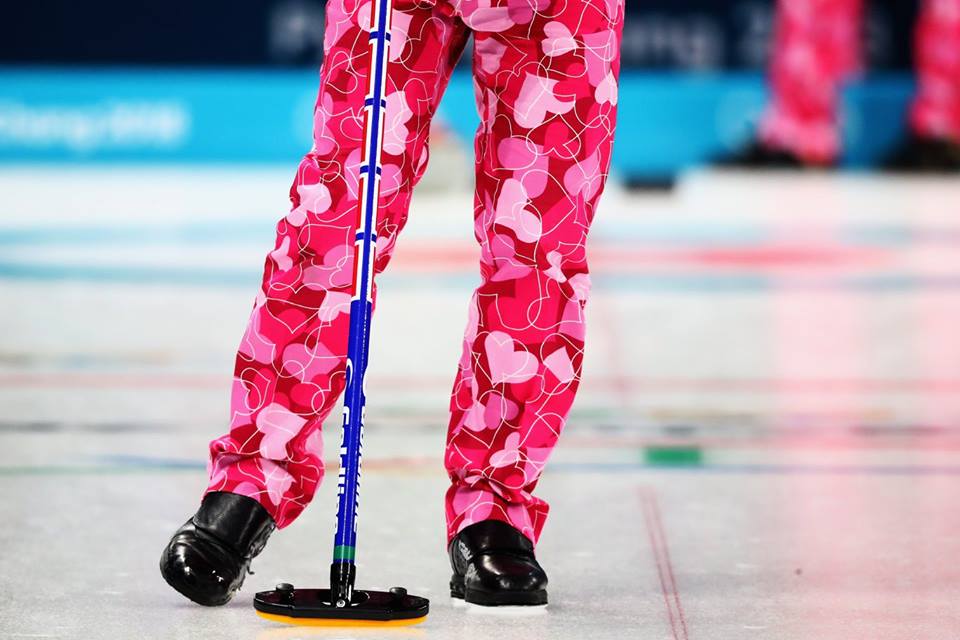