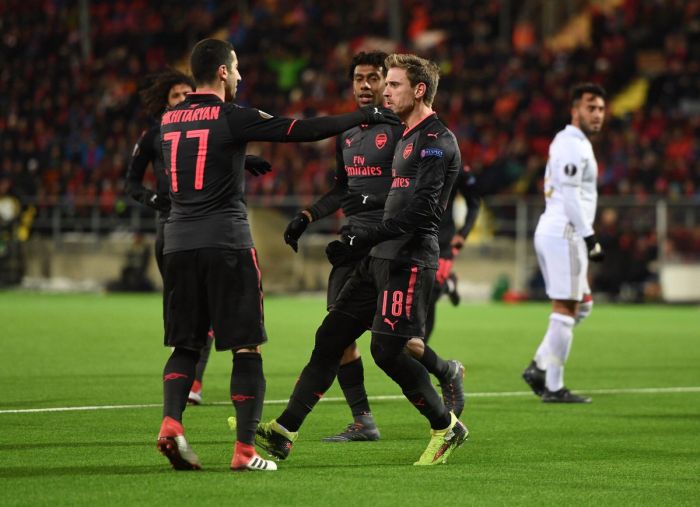 “I think it was their [Östersund] first game for a while,” the Arsenal official website quoted Mkhitaryan as saying. “We are in the season, so we keep playing and we are more practiced. But I can say, they have got a very good team, they try to show off their ability and skills, but we scored two goals at the beginning and it helped us easily.”

When asked about trying to win the Europa League cup again, he responded: “Why not? We have to keep fighting, we have to win every game and then at the end, we’ll see where we’re at.”

And when asked whether Arsenal have already done the job and now the club footballers can rest for the second leg, the Armenia international replied: “No, I don’t think so. Because we have to focus in every game. It doesn’t matter if we have got a good result or not. We have to win in every game to get more confidence and to have better success. It doesn’t matter who we are going to play after the second leg, yes, we have a game in the cup final but we have to play with the same team, I think, and to win at home.”

After the first-leg match, Arsenal manager Arsène Wenger reflected on the performance by the captain of the national squad.

“He has worked very hard and it was a positive performance,” said the French specialist. “He adapts slowly to the team and overall he had a positive game tonight.”

In Thursday’s match in Sweden, Arsenal won by a score of 3-0, Henrikh Mkhitaryan started for the Gunners, he made two assists, and he was subbed off in the 84th minute.

The return leg of this game is slated for February 22 in London.