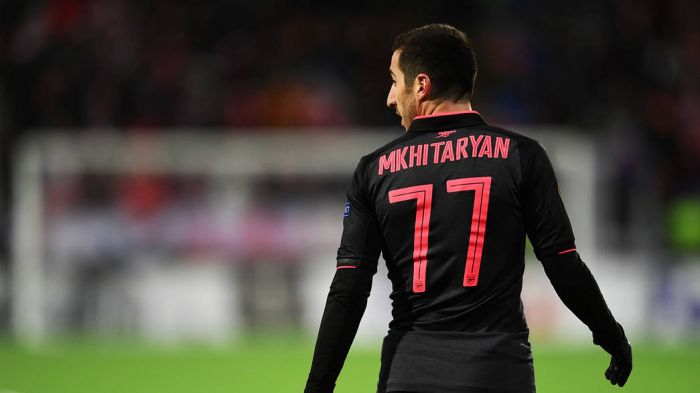 Whoscored.com has presented Arsenal newcomer Henrikh Mkhitaryan’s statistics in the London club’s UEFA Europa League round of 32 first leg against Östersund (Sweden).
Accordingly, the captain of the Armenia national football squad made 6 shots toward goal and three of them were on goal, made 61 passes with 82-percent accuracy, made three key passes, passed his opponent once, made one interception, he was offside once, he did not foul, but he was fouled once.
As a result, Mkhitaryan’s overall rating was 7․55 out of 10.
In Thursday’s match in Sweden, Arsenal won by a score of 3-0, Henrikh Mkhitaryan started for the Gunners, he made two assists, and he was subbed off in the 84th minute.
Photo twitter.com/Arsenal