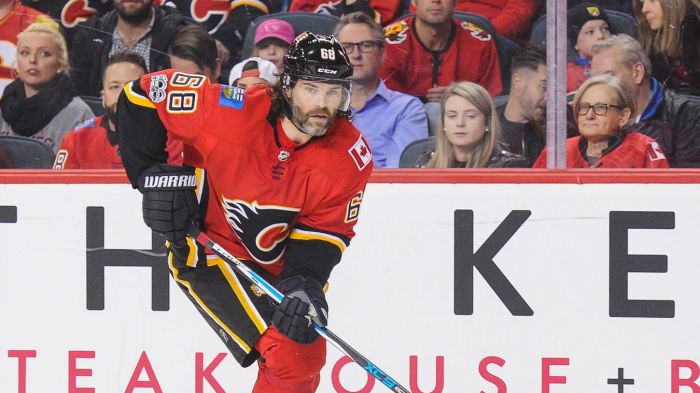 Forward Jaromir Jagr was reassigned by the Calgary Flames to Kladno in the Czech Republic on Monday, NHL reported.

In the current season, 46-year-old Jagr played in 22 matches and scored seven points.

In 17,33 matches he scored 1,921 points and became the second most efficient player in NHL, leaving behind legendary Canadian hockey player Wayne Gretzky, who scored 2857 points.

As reported earlier, Jaromir Jagr made his debut in the NHL in 1990 with Pittsburgh, where he spent 11 seasons and won the Stanley Cup twice (1991, 1992). Jagr also played for Washington, New York, Philadelphia, Dallas, Boston and New Jersey.