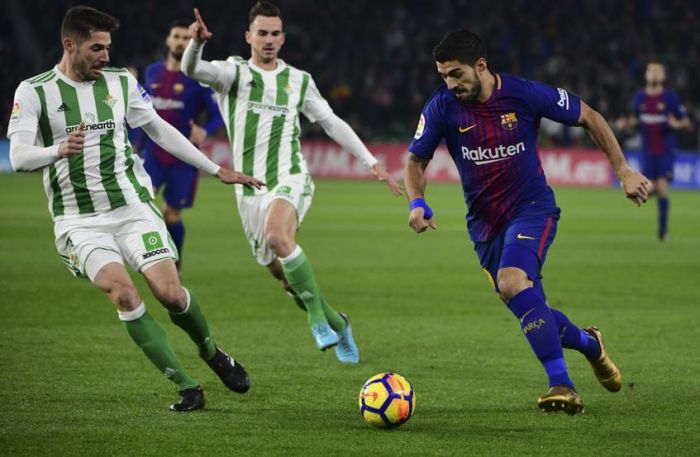 Uruguayan Barcelona striker Luis Suarez scored two goals in the 20th round of the Spain championship against Betis, bringing the number of goals to 100.

30-year-old Suarez became the fifth player of Barcelona, who reached the mark of 100 scored goals in the championship of Spain. To do this, he needed 114 matches, which is a record indicator.

The Catalan club defeated Betis 5-0, and Luis Suarez became the author of the goal in the 7th match.