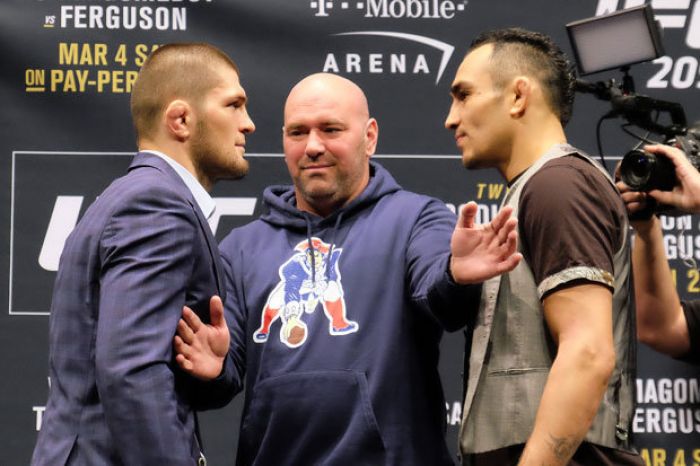 Ultimate Fighting Championship (UFC) Lightweight Champion Conor McGregor (Ireland) has been stripped of his championship belt, since he has not been defending his title for a long time.
As a result, Khabib Nurmagomedov (Russia) and Tony Ferguson (USA) will fight for the vacant title, reported TASS news agency of Russia. The bout is slated for April 7, in New York.
UFC President Dana White has announced, however, that once McGregor gets back to the UFC octagon, he will have the opportunity for a championship fight.