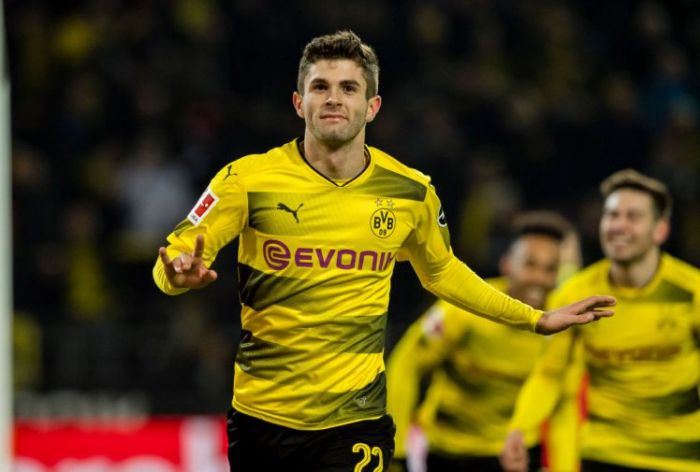 Manchester United are keeping a close eye on Liverpool‘s interest in Dortmund star Christian Pulisic and will move for the American winger if Jurgen Klopp‘s side submit an offer, metro.co.uk reported.

Liverpool have kept tabs on Pulisic ever since and are expected to make another move for him this summer following Philippe Coutinho’s £142million move to Barcelona.

While Liverpool have cash to spend from Coutinho’s move to Barcelona, United believe they could hold an advantage over the Reds because of Dortmund’s interest in Henrikh Mkhitaryan.