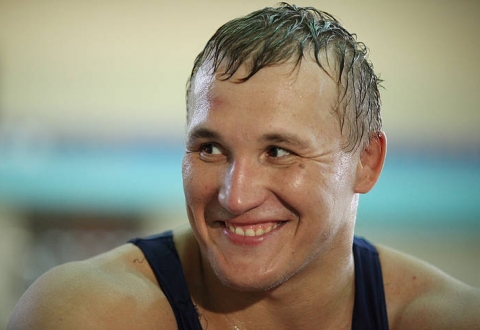 Armenian wrestler of Russian origin Yuri Partikeyev is inspired by his 4-year-old daughter and if he returns with gold it will be on her behalf, he told NEWS.am Sport. The Beijing Olympic bronze winner in the Men's Greco-Roman wrestling (120kg) is currently having a rest prior to heading to London. Patrikeyev is in excellent mood, he has completed trainings and will perform on Aug. 6.

He managed to train without any injuries, which is very important for an athlete. In response to what medal Patrikeyev desires to with after the Beijing bronze, he said that he will compete for gold. Besides, the Olympic Games are his career objective.

“If an athlete is not targeted at the Olympics, he has no right to be called an athlete. I have dreamt of participating in the Games since my childhood and always desired to be an Olympic participant. My childhood dream has come true and now I dream of the highest title,” he said adding he considers him an Armenian, as much as Russian. In addition his wife and small daughter are next to him and he deals with his favorite sport.

As for how his wife and daughter inspire him ahead to London, Patrikeyev said that his daughter helps him very much. She is the one to inspire him and if he returns with gold, it would be on her behalf.