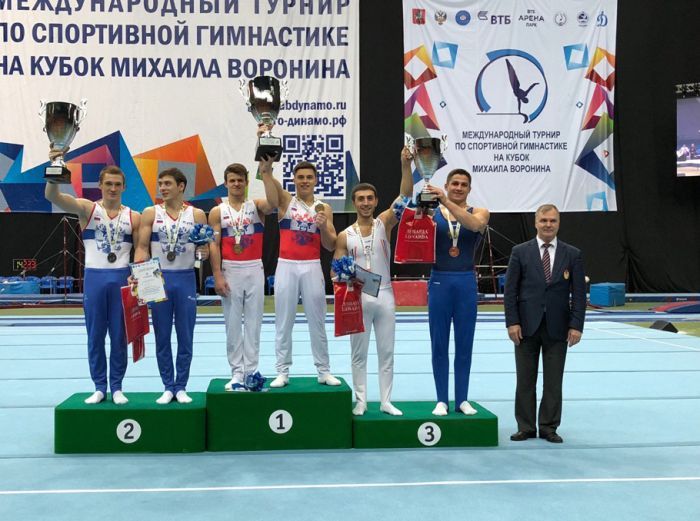 Artur Davtyan (Armenia) has won more medals at the 2017 Mikhail Voronin Cup, which wrapped up in Moscow.
On the last day competitions, Davtyan became a gold medalist in the Vault, shared 2nd and 3rd places in the Pommel Horse, won bronze in the Parallel Bars, and shared 2nd and 3rd places in the Still Rings.
Armenia’s other representative, Vigen Khachatryan, became a bronze medalist in the Floor Exercise.
On the first day of this tournament, Artur Davtyan and Vigen Khachatryan became bronze medalists in the team competition. In addition, Davtyan won bronze in the individual all-round.
A total of 164 gymnasts from 26 countries competed in the 2017 Mikhail Voronin Cup.