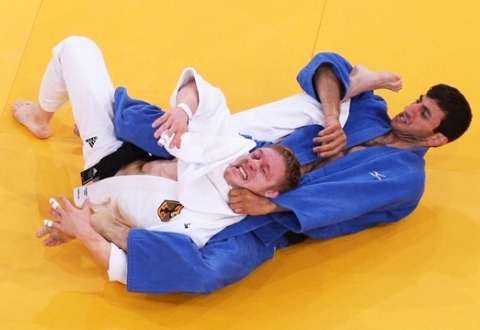 There were interference factors during judoist Hovhannes Davtyan’s matches, Karen Simonyan told NEWS.am Sport. To note, Simonyan is the personal trainer of Armenia’s Davtyan, who came in seventh in the 60-kg judo competition at the 2012 London Olympics.

“There were great expectations from Hovhannes Davtyan and he was capable of winning a medal. [But]

There were interference factors, which perhaps many did not notice, but I, as a specialist, saw [them].
I am [speaking] about the referee factor. Davtyan performed throws which should have been scored as a ‘yuko’ [a throw that places the opponent onto his side], but this did not happen. [And] In contrary to this, our athlete was groundlessly given a second warning, which gave a point to the opponent and Davtyan lost.

In any case, seventh place is not a bad result, if we consider that no judoist from Armenia had ever been successful in the Olympics. If the aforementioned factors had not occurred, Hovhannes would have been able to win a medal.

To note, Armenia’s Armen Nazaryan, who was fighting in the 66 kilograms, likewise ended his Olympic campaign Sunday by being defeated in the round of 8.