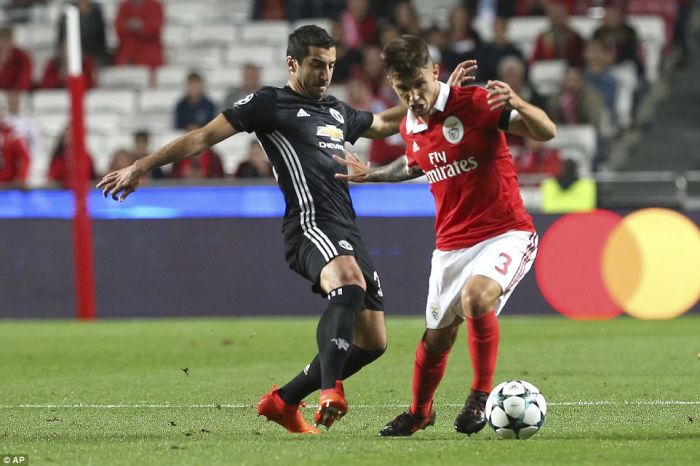 Whoscored.com has presented its statistics for Manchester United midfielder Henrikh Mkhitaryan in Wednesday’s Champions League football group stage match against S.L. Benfica (Portugal), in which the English club achieved an away win by a score 1-0.

According to these stats, the captain of the Armenian national squad had one shot on goal, his passes were 76.6 percent accurate, he made two key passes, won one challenge in the air, passed his opponent twice, stole the ball three times, intercepted the opponents pass three times, fouled once, he was offside once, and he was fouled three times.

The Armenian international’s overall performance was assessed as 7.4.

In the match that was played in the Portuguese capital city of Lisbon, Henrikh Mkhitaryan was among the Man United starters, and he was subbed off in extra time.