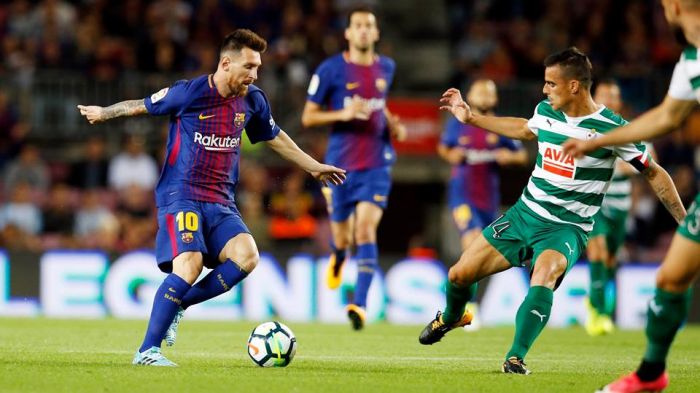 Lionel Messi added to his impressive start to the season by scoring four goals and helping Barcelona rout Eibar 6-1 to extend its perfect record in the Spanish league on Tuesday.

Messi converted a penalty in the first half and scored three more goals in the second to give Barcelona its fifth straight victory in the league.

The Argentina playmaker took his tally to 12 goals in eight matches this season, including nine in the five league games.