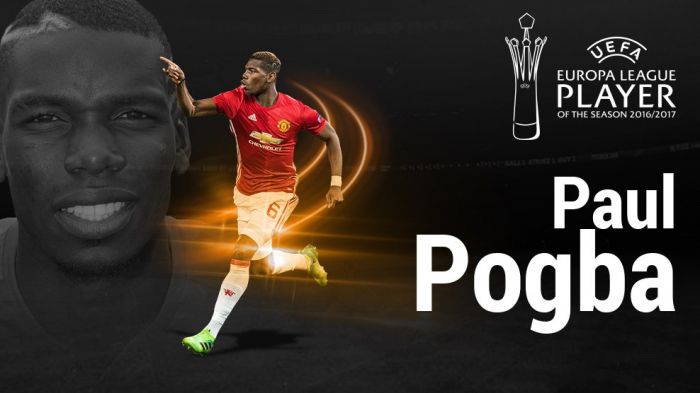 This prize was presented for the first time.

The other two contenders for this award were Man United midfielder and Armenian national team captain Henrikh Mkhitaryan, and the Red Devils’ Swedish forward Zlatan Ibrahimović.

In the previous Europa League season, Mkhitaryan scored 6 goals in 11 matches, Ibrahimović netted 5 goals and made 4 assists in 11 games, and Pogba scored 3 goals and made one assist in