Mkhitaryan, Ibrahimovic and Pogba are UEFA Europa League Player of the Season contenders 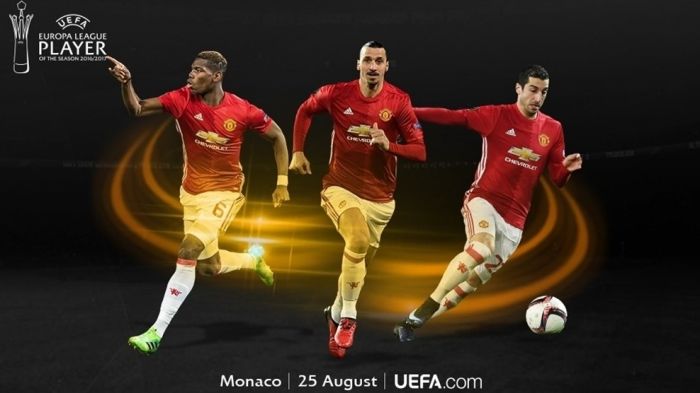 Mkhitaryan and Pogba were on target in the 2-0 victory over Ajax in the Stockholm final, while Ibrahimović had scored five goals, including a round of 16 hat-trick against Saint-Étienne, before sustaining a serious knee injury late in the quarter-final second leg versus Anderlecht.

Mkhitaryan's strike against Ajax was one of six he managed in United's successful campaign, despite not making his first European outing of 2016/17 until matchday four. Fellow midfielder Pogba started all 15 of José Mourinho's side's UEFA Europa League fixtures.

The award will be presented for the first time during the UEFA Europa League group stage draw in Monaco on 25 August.