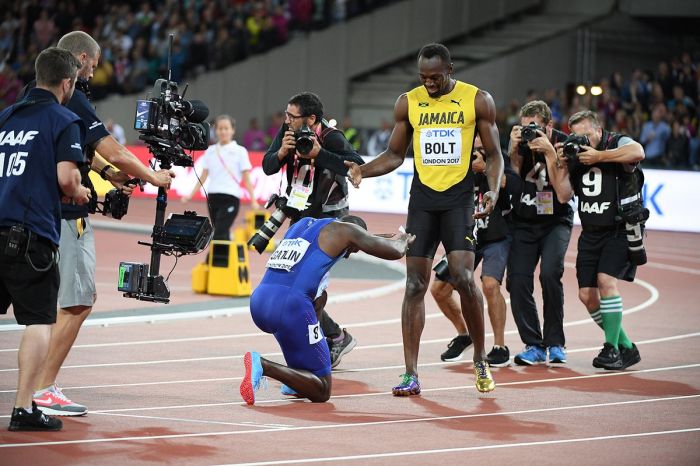 Eight-time Olympic champion and 100m and 200m sprints’ world record holder Usain Bolt’s farewell to professional sports was not victorious in his favorite race.
The Jamaican sprinter who is ending his professional career came in third, after Americans Justin Gatlin and Christian Coleman, in the final of the individual 100m race at the 2017 IAAF World Championships being held in London.
After this race, however, Gatlin bowed down before the king of sprints.
Bolt will retire from this sport after this tournament.