Footballers of the Armenian National Team David Manoyan and Taron Voskanyan were on Wednesday introduced to the Cypriot club Nea Salamis Ammochostos A.C., the Facebook page of Bucket Group reports.
The contracts of the former players of Karmiotissa are expected to run for a year.
Nea Salamis ranked 8th in the championship held in Cyprus, while Karmiotissa was left out of the elite league. 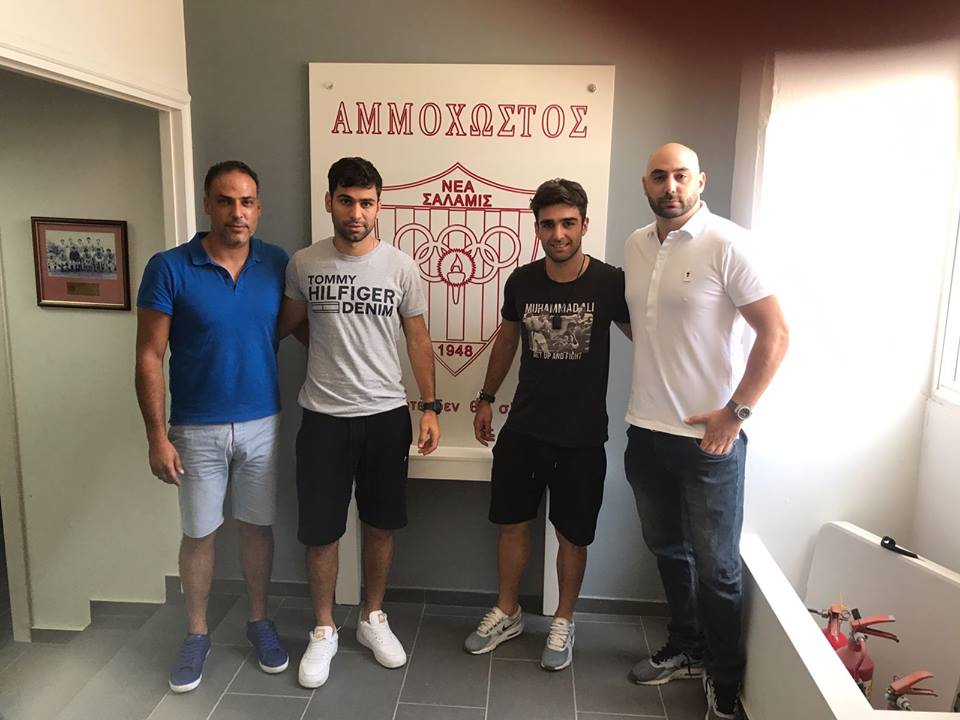