Europa League: Mkhitaryan is recognized Man of the Match 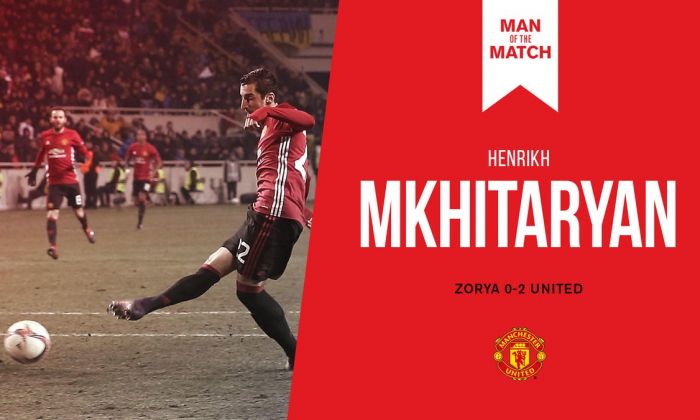 As a result of an online voting on the Manchester United (a.k.a. Red Devils) official Twitter account, midfielder Henrikh Mkhitaryan has been recognized Man of the Match in the English club’s last Europa League group match Thursday against FC Zorya Luhansk (Ukraine).

In the game that was played in Odessa, Ukraine, the 27-year-old Armenia international was in Man United’s starting eleven, and he scored his first goal for the Red Devils who won the match by a score of 2-0.

Manchester United have advanced to the Europa League playoffs.