Mkhitaryan: It was very difficult to watch team playing from side 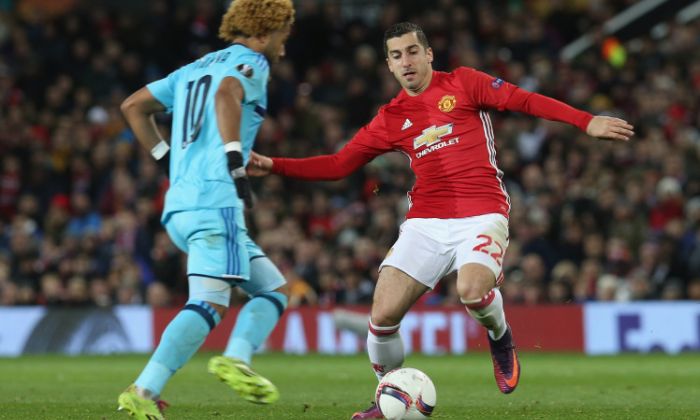 After returning to the starting lineup of Manchester United (a.k.a. Red Devils) and being recognized Man of the Match in this English football club’s Europa League group-stage win Thursday against Feyenoord (Netherlands), the Red Devils’ midfielder Henrikh Mkhitaryan shared his impressions.

“It was a pleasure to play again, to start the game,” the Man United official website quoted the Armenia national squad captain as saying. “I’ve tried to do my best and I think it’s a very good result for the team.

“It was very difficult to watch the team playing from the side. But you know you have to have passion, to work hard and try to take your next chance.”

And when asked if the Feyenoord game could represent a new beginning for him, United’s Man of the Match replied: “I hope so. Let’s see.”

As reported earlier, Man United won the game by a score of 4-0; and Mkhitaryan, who returned to the Red Devils’ starting eleven, played 82 minutes.

The last time when the Armenia international had entered the pitch in the Red Devils’ starting eleven was on September 10, when, however, his thigh injury recurred during the club’s English Premier League derby against Manchester City.