Mourinho: We have lots of players for Mkhitaryan’s position 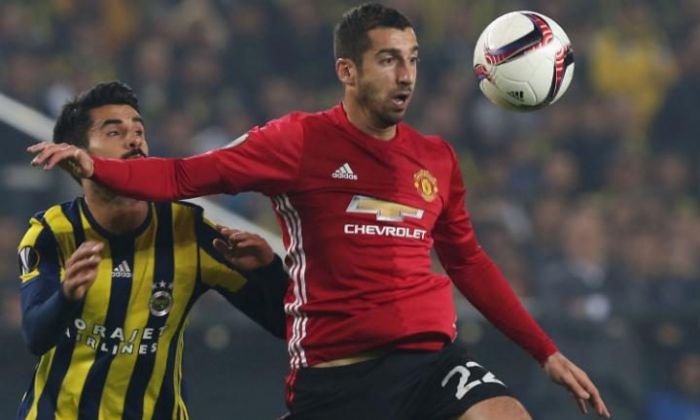 After Thursday’s Europa League group stage 1-2 loss against Fenerbahçe S.K. (Istanbul, Turkey), Manchester United (a.k.a. Red Devils) manager José Mourinho commented on the performance of Armenia national football team captain and Man U midfielder Henrikh Mkhitaryan, who subbed in for the English club in this match.

“He has to do more. It’s as simple as that,” ManUtd Fact quoted the Portuguese specialist as saying.  “We have big expectations at this club, lots of players for these positions.”

Mkhitaryan entered the pitch for the first time since September 10, as he was subbed in in the 61st minute of this match.

The 27-year-old Armenia international had been omitted from the recent games of the Red Devils, albeit he has recovered from his injury a long time ago and is training without restrictions.

Henrikh Mkhitaryan was out of action since September 10, when his thigh injury recurred during Manchester United’s English Premier League derby against Manchester City.