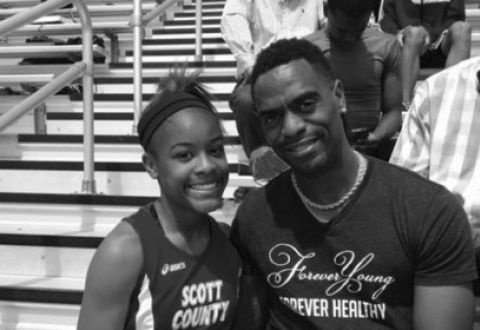 Trinity Gay, the 15-year-old daughter of US Olympic sprinter and three-time world champion Tyson Gay, died after an early Sunday morning shooting near a restaurant in Lexington, in the US State of Kentucky.
As a result of shooting between unidentified persons, she sustained a gunshot wound in the neck, from a random bullet, reported NBC Sports.