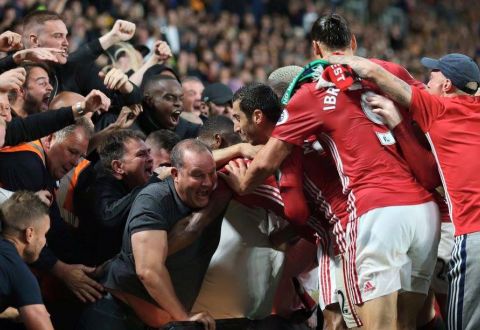 In the run-up to their Europa League group phase match against FC Zorya Luhansk, the Manchester United press service has recalled their midfielder Henrikh Mkhitaryan’s scoring record against this Ukrainian football club.

The Man United website also noted that Mkhitaryan will undoubtedly hope to improve his respective tally at Old Trafford stadium of this English club, if selected for Thursday’s clash that will kick off at 11:05pm, Armenia Standard Time.

“The 2012/13 season was also particularly fruitful for Mkhitaryan in both home and away matches against Zorya as he netted in consecutive 3-0 wins. Those two finishes helped him to break the record for the most goals scored by a single player in a Ukrainian Premier League season (25),” added the Manchester United website.

Henrikh Mkhitaryan is out of action since September 10, when his thigh injury had recurred during Manchester United’s English Premier League derby against Manchester City.

The Armenia international, however, has fully recovered from this injury, and he is ready to enter the pitch.