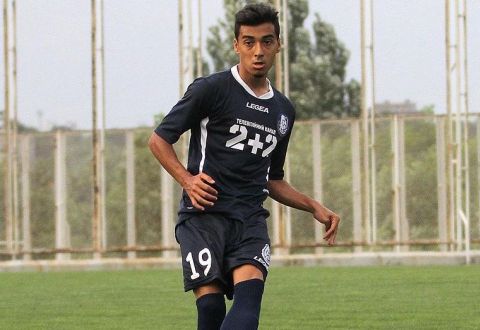 AS Monaco as well as Italy’s Inter Milan and A.C. Milan are interested in the services of FC Chornomorets Odessa (Ukraine) attacking midfielder Arkadiy Tumanyan.

There is a high probability that the 18-year-old Ukrainian Armenian footballer will soon transfer to Monaco. Arkadiy’s brother and also agent, Artush Tumanyan, recently discussed this transfer matter with the Monaco management.

Inter follow Arkadiy Tumanyan’s performance for the past one year, and wish to carry out the transfer deal, which will total about €1 million.

In February, the young player signed his first professional contract, with Chornomorets Odessa and for 1.5 years.