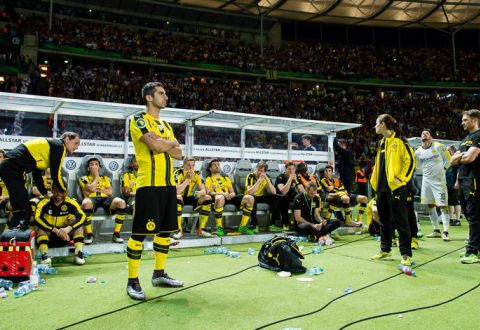 “Based on the current situation, this transfer was very hard for us,” said Dortmund CEO Hans-Joachim Watzke. “Manchester United’s offer was very profitable. Had we refused the offer, the player would have left the team as a free agent in the summer of 2017, and we would have [just] put off this transfer just by one year.”

The BVB wished Mkhitaryan success in the English Premier League and in the Europa League. He will become the first Armenian footballer to play in the top English football league.

The footballer’s working contract with the German club runs until the summer of 2017, but the parties cannot come to an agreement on its extension.

Earlier rumors were circulating that Man United will pay €42.5 million to acquire Mkhitaryan. He will receive an annual salary of €12 million in the England club.

The 27-year-old midfielder has scored 23 goals and had 29 assists in 52 appearances in all competitions last season for Dortmund.