Mkhitaryan: Truly honored to be voted Best Player of the Season! 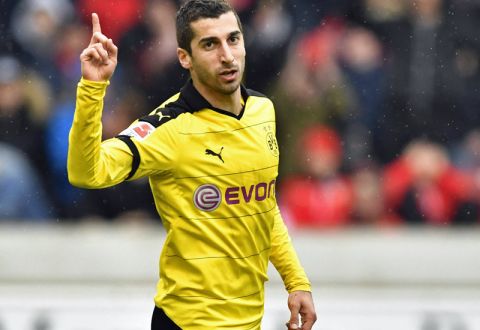 Armenia national football squad captain and Borussia Dortmund (BVB) midfielder Henrikh Mkhitaryan, who was recognized best player of the German Bundesliga season that wrapped up, thanked those who voted for him.

“Truly honored to be voted Best Player of the Season! Thanks to all the‪ Bundesligaprofis‬ for this amazing recognition!” Mkhitaryan wrote on his Facebook account.

Germany’s Kicker magazine had conducted a voting among the Bundesliga footballers to determine the player—excluding goalkeepers—of the season in the top German football league, and the Armenia international had received the majority of votes.