Russia footballer to be suspended after unveiling pro-Putin T-shirt in Istanbul? 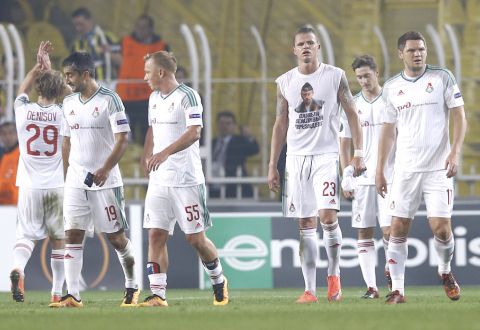 FC Lokomotiv Moscow midfielder Dmitri Tarasov could face disciplinary action for revealing a T-shirt with the picture of Russian President Vladimir Putin, after Lokomotiv’s UEFA Europa League Round of 32 first leg against Fenerbahçe S.K. (Istanbul, Turkey), according to R-Sport.

At the end of Tuesday’s match in Istanbul, the Russia international unveiled a T-shirt with a portrait of the Russian president, and which also carried the words “The most polite president.”

The UEFA disciplinary committee may suspend the Russian player and Lokomotiv Moscow for provocation.

On November 24, 2015, the Turkish air force shot down a Russian Su-24 attack aircraft/interdictor nearby the Turkish-Syrian border. The warplane was taking part in the antiterrorism operations in Syria. This incident led to the ongoing strain in Turkey-Russia relations. 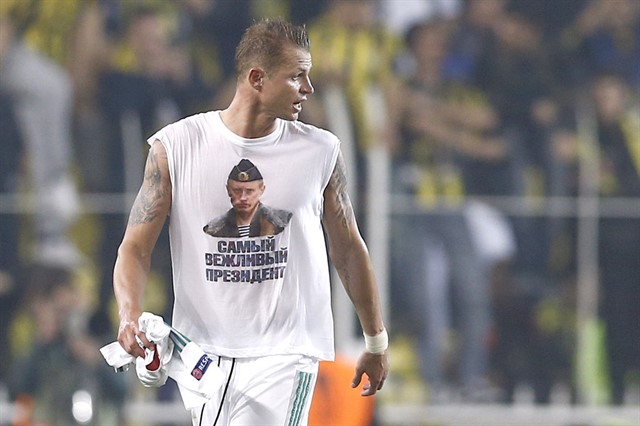