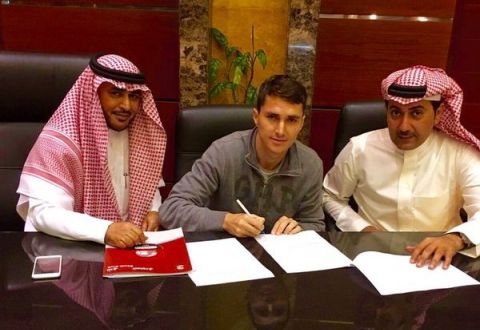 The Brazilian midfielder of the Armenian national football squad, Marcos Pizzelli, who parted ways with FC Aktobe (), will continue his professional career at Al-Raed S.FC (), according to the Twitter account of this club.

The 31-year-old player signed a deal with Al-Raed, but the details are not announced.

Pizzelli had played at Aktobe since 2014, and he had left the club as a free agent.