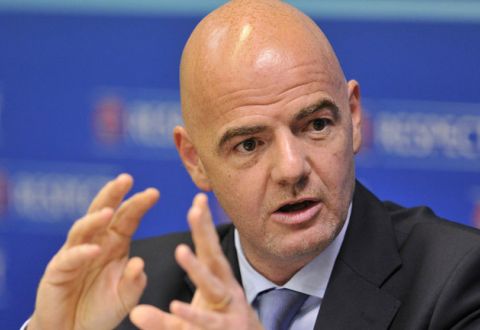 To note, Dortmund will face Gabala FK (Azerbaijan) in the group stage of the Europa League.

The Armenia international’s participation in the respective match to be played in Azerbaijan is doubtful, since Azerbaijan considers Mkhitaryan as someone who has illegally crossed the Azerbaijani border.

In 2011, Henrikh Mkhitaryan had visited Nagorno-Karabakh, which Azerbaijan considers its “occupied territory.”

As per Sport Express, Infantino said they hope that each football player, irrespective of citizenship and the need to obtain an entrance visa, will have the right to play in the UEFA tournaments. He added that they shall do everything possible to achieve this objective.

The Gabala-BVB match in Azerbaijan is slated for October 22.