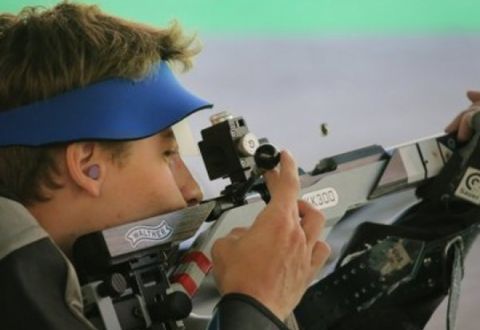 Kirill Grigoryan (Russia) has won his second medal in the shooting tournament at the 28th Summer Universiade being held in Gwangju, South Korea.

This time the athlete of Armenian origin came in second at the Men’s 50 Meter Rifle Three Positions competition.

To note, Team Armenia have one gold medal so far in Gwangju; it has come by way of artistic gymnast Artur Tovmasyan, and in the rings.

The 28th Summer Universiade will end on July 14.