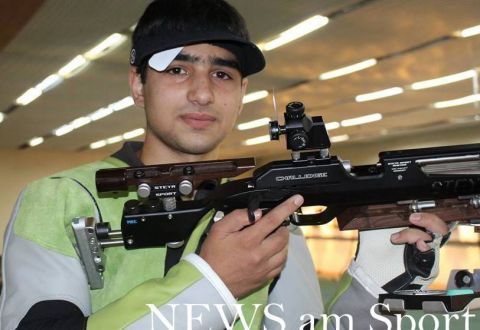 Hrachik Babayan () was close to winning a medal at the shooting competitions of the 2015 European Games being held in , the capital city of .

The 18-year-old athlete set a games record (629.3 points) in the Men’s 10m Air Rifle qualifiers, and advanced to the final in first place. In the final, however, he could only manage to take fifth place (143.3 points).

Babayan will also compete in the 50m Rifle contest.

has one silver medal so far in the 2015 European Games, as Migran Arutyunyan placed second in the 66 kg weight class of the Greco-Roman wrestling competitions.