Spartak manager: Ozbiliz’s words were very painful for me 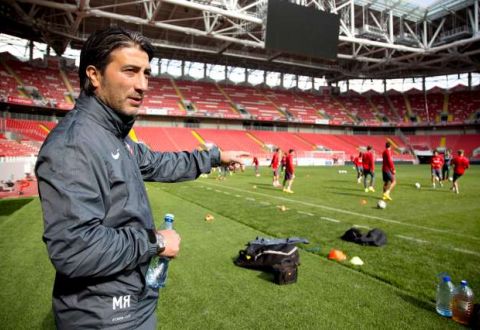 The Swiss Turkish football specialist stated the aforesaid commenting on the Armenia national team and Spartak midfielder’s accusations for the reason for his being taken off the main Spartak squad.

“I don’t accept Ozbiliz’s accusations. These words were very painful for me, and I was very saddened. I never would have imagined that a player could interpret a purely sporting decision in such a way. It can never be like that, in any case.

“[But] Aras apologized, and the club fined him severely. With that, the matter is closed for me,” Blick quoted Yakin as saying.

Aras Ozbiliz had criticized Spartak manager Murat Yakin by stating that the latter had taken him off the main Spartak squad because of his being Armenian. But later, he said his words were misrepresented.

Spartak Moscow owner Leonid Fedun, however, had instructed the club’s relevant department to handle the transfers of Aras Ozbiliz and Yura Movsisyan.

Spartak is open to transfer offers for these players, wrote Izvestia daily of Russia.

Forward Movsisyan, on the other hand, had stated that Spartak were playing better when former manager Valeri Karpin was at helm. Subsequently, the Russian club prohibited the Armenia international to speak with the media.