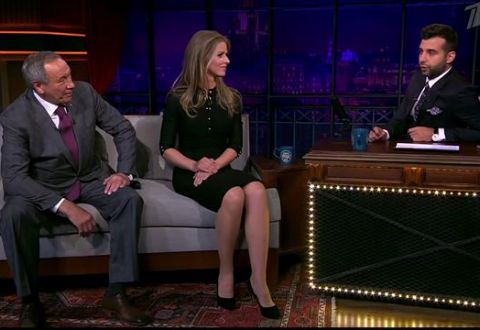 The Women’s Tennis Association (WTA) has fined Russian Tennis Federation President $25,000, the maximum allowed under their rules, and also banned him for one year from involvement with the WTA tour.

The WTA is furious over Tarpischev’s remarks he made on a Russian late-night chat show.

“The statements made by Shamil Tarpischev on Russian television with respect to two of the greatest athletes in the history of women’s tennis are insulting, demeaning and have absolutely no place in our sport,” said WTA chief executive Stacey Allaster. “Mr. Tarpischev's statements questioning their genders tarnish our great game and two of our champions. His derogatory remarks deserve to be condemned and he will be sanctioned.”

Shamil Tarpischev, on the other hand, stated that he did not mean to offend anyone, and that his joke, when taken out of context and translated into English, did not express the meaning of his words.