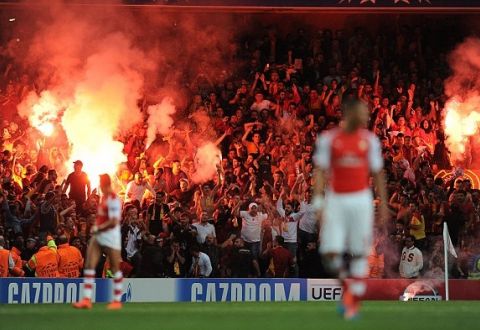 After their club’s Champions League group game against Arsenal (England) in London, Galatasaray S.K. (Turkey) fans have been accused of damaging seats at Arsenal’s Emirates Stadium, Goal.com reported. Galatasaray lost to Arsenal by a score of 4-1, and as a result, the supporters damaged about 100 seats as frustrations boiled over. Both clubs are, reportedly, set to be fined by UEFA for failing to control their supporters.