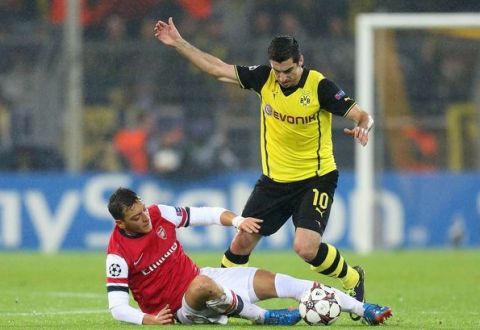 “Ozil and Mkhitaryan are very similar players that like to be given free roam to run at defences and lay on chances for team-mates.“[But in this match] Mkhitaryan was a constant menace against the Gunners, picking the ball up in all areas of the pitch, whilst Ozil once again found himself unable to make any real impact on a match.“Mkhitaryan’s all-encompassing performance show, a top-level Champions League midfielder shouldn’t be restricted to playing well in one position – the Armenian was constantly interchanging with the likes of Pierre-Emerick Aubameyang and was a threat to the Arsenal defence from whatever position he found himself in.“Mkhitaryan’s superior performance is also highlighted by the fact that he created three goal-scoring opportunities, put in four crosses and had three attempts on goal himself, whilst Ozil only managed to create a single chance,” Metro wrote.