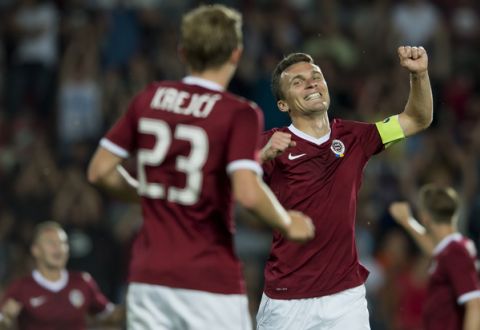 In the second qualifying round of Europe’s most prestigious club tournament, Sparta Prague defeated at home FC Levadia Tallinn (Estonia), and by a score of 7-0.