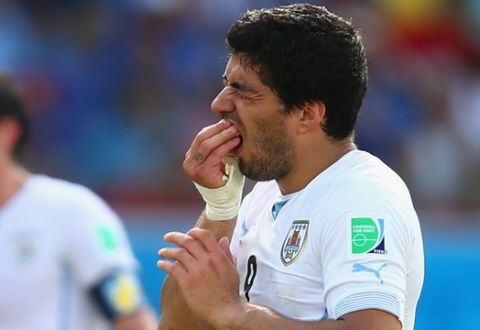 Norwegian online bookmaker Betsson offered 175/1 on Suárez biting an opponent and paid out £44,000 between 167 punters, the biggest individual win being £2,000.

FIFA has launched a disciplinary case on the incident, and if found guilty, the English Premier League’s top player can be banned for two years.

The 27-year-old Uruguay international has been banned before for biting opponents.