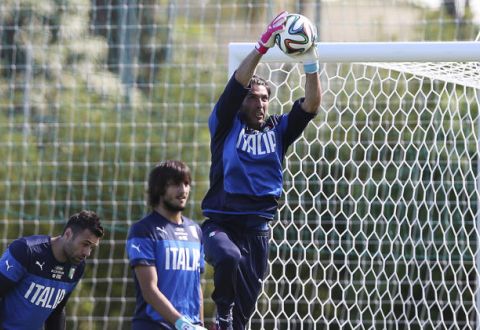 At present, Genoa C.F.C.’s Mattia Perin, 21, is the Italy national football squad’s sole goalkeeper who does not have health problems.

As a result, Azzurri manager Cesare Prandelli may put Perin in the starting eleven of the team’s first group match against England in the 2014 World Cup hosted by Brazil, Football Italia reported.

Juventus (Italy) goalkeeper Gianluigi Buffon, 36, who will play in his fifth world cup, has a foot injury.

Paris Saint-Germain (France) goalkeeper Salvatore Sirigu, 27, on the other hand, has not trained for several days due to a rib injury.