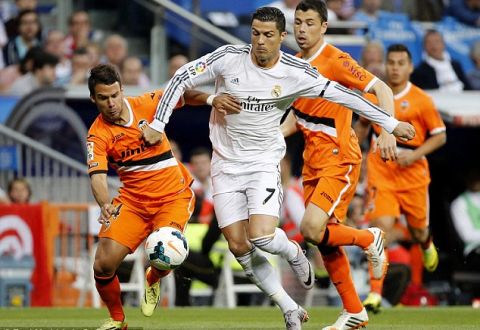 Portugal national football squad and FC Real Madrid striker Cristiano Ronaldo has set a club record by scoring a goal against Valencia CF in the current season of the Spanish La Liga.

The Portuguese international has reached the 50-goal mark with Real Madrid for the fourth season in a row. The 2013 footballer of the year needed 45 matches to find the net 50 times this year.